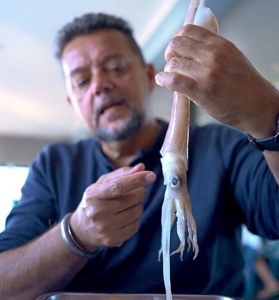 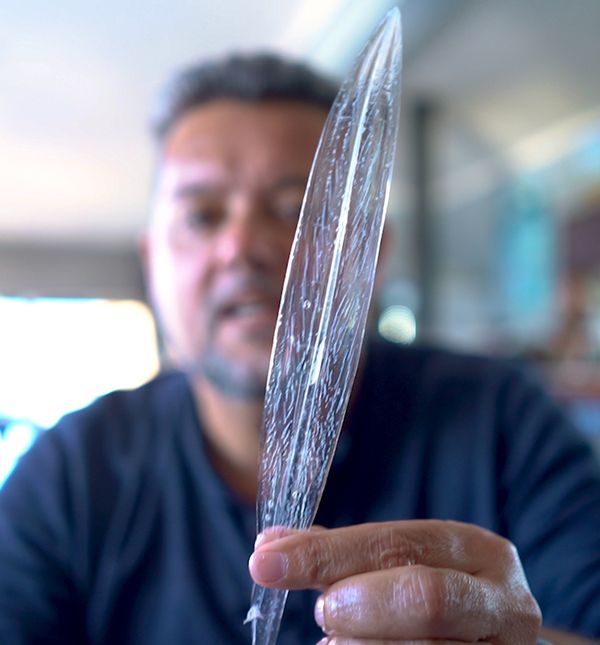 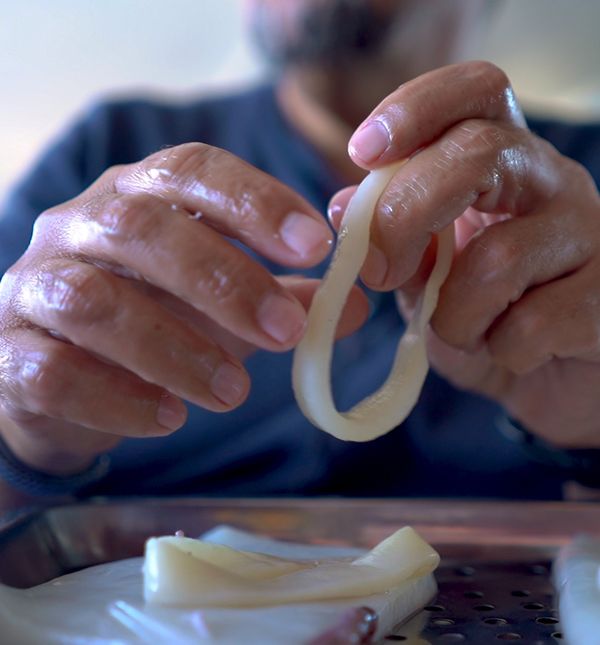 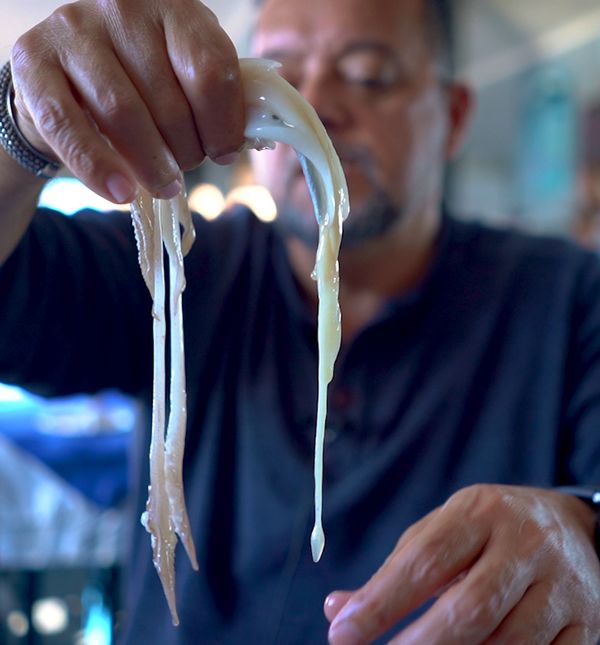 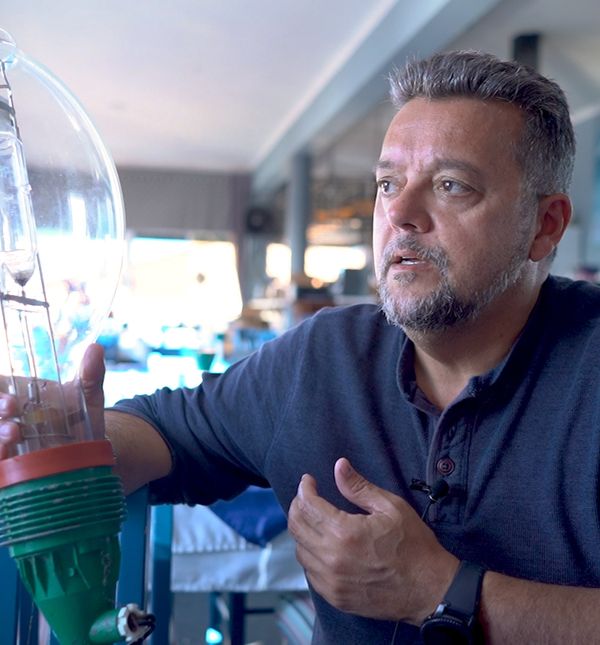 On the fourth and final day of the Chokka trail, hikers enjoy a calamari tasting at local restaurant Chokka Block which overlooks the harbour and, if you’re lucky, a sea of docked chokka trawlers. Clive Canter, owner of Chokka Block, takes visitors through the calamari tasting himself. With his 28 years of experience in the seafood industry, he manages to delve into the deeper details of the South African calamari industry while simultaneously keeping you gripped with a fresh ink-fish at hand.Clive gives visitors a chokka cleaning demo where he starts with the whole ink-fish and then slowly takes it apart bit for bit. A fascinating part of the ink-fish that’s a crowd favorite is the spine which almost resembles fairy wings, as Clive calls them. This feather-like cartridge was even used as a pen by sailors back in the day alongside the ink found in the fish. Today, the ink is famously used for risotto dishes and more recently, breads and pastas, as Clive explains in his demo.

Clive, who’s originally from Mauritius but grew up in Durban, explains that South Africans often think that because we’re surrounded by ocean all the seafood we eat comes from South Africa, but that’s not the case. “Most of the calamari we eat is actually from South America while our own calamari is blast-frozen at sea and shipped off to Europe and other countries,” he says.

But once you’ve tasted SA’s local calamari you’ll never want to turn back. The intricate difference in taste is the foundation on which Clive’s calamari tasting is built and visitors get a first-hand chance to experience both local and imported rings and compare the two for themselves.

The distinction in taste and colour between local calamari and imported calamari lies in the membrane that surrounds the squid. Imported calamari is treated with chemicals to preserve them for exports. These chemicals eat away at the natural skin membrane that surrounds calamari and gives it a slightly yellowish colour. This membrane is in fact packed with a burst of sea-salt flavour that makes local calamari so irresistible, according to Clive.

Although it’s a highlight on the Chokka trail, the calamari tasting isn’t only limited to hikers and any visitor to St. Frances Bay can immerse themselves in this truly authentic experience through reservation at Chokka Block. 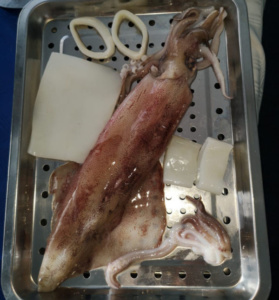 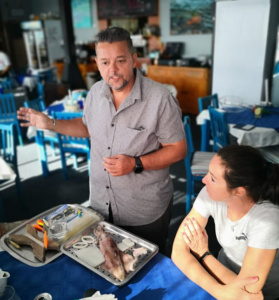 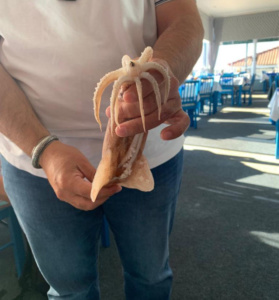 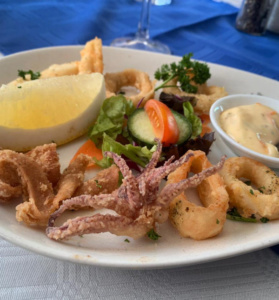 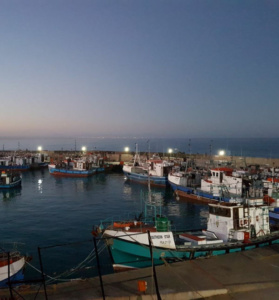